No Simple Birthday: A Parade Celebration for 101st Birthday

When Marianne King’s family started planning how they would celebrate her grandmother’s birthday on April 25, they all discussed how this year they would do something small. For the past decade, the family has been celebrating their grandmother, Jean Warwick Nadeau, in big ways. Now, on the year of her 101st birthday, Jean was the one who decided she wanted to keep the day simple.

“She didn’t want to do anything really huge again this year,” Marianne said of her grandmother. She recounts how just last year, for Jean’s centennial celebration, the family had between 80 and 100 guests to celebrate.

“Once you hit 95, every year is amazing,” Marianne laughs. Marianne and her sisters, Andréa and Laura decided to keep the birthday celebration simple this year, by taking Jean and their mother out for a birthday dinner.

“Then COVID hit, and of course, everyone is keeping their distance from her due to her age,” Marianne explains, “even though she’s in amazing health!” Marianne shares how her grandmother, known as Mémère to her 17 great-grandchildren has remained in excellent health throughout her 101 years of life.

So with the private family dinner off the table, and the need to celebrate Jean at a distance, the family was struck with a new idea. 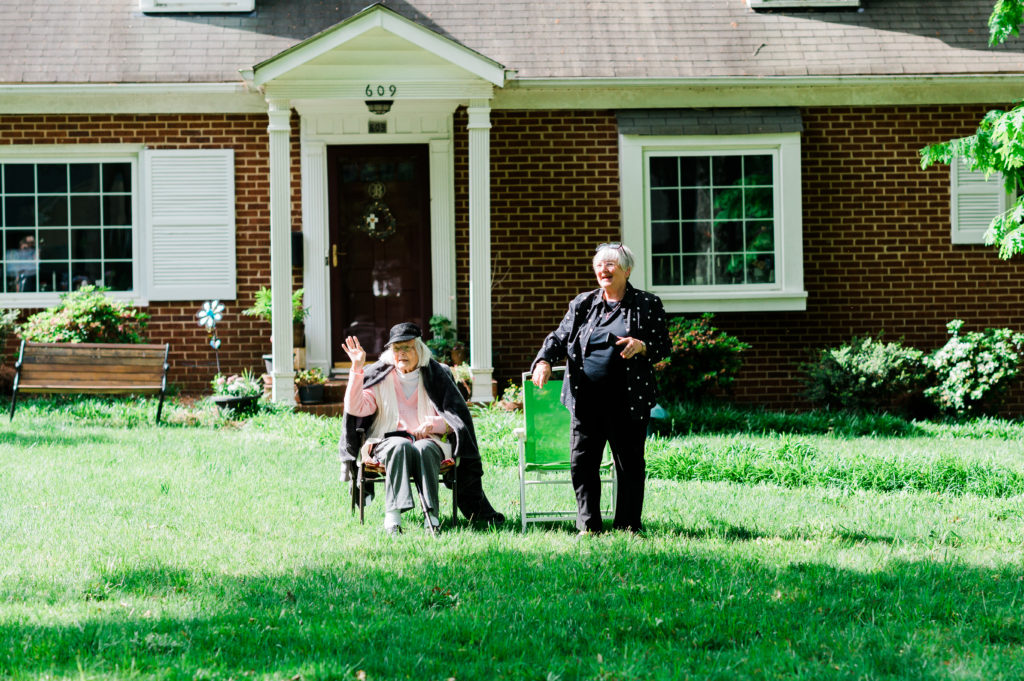 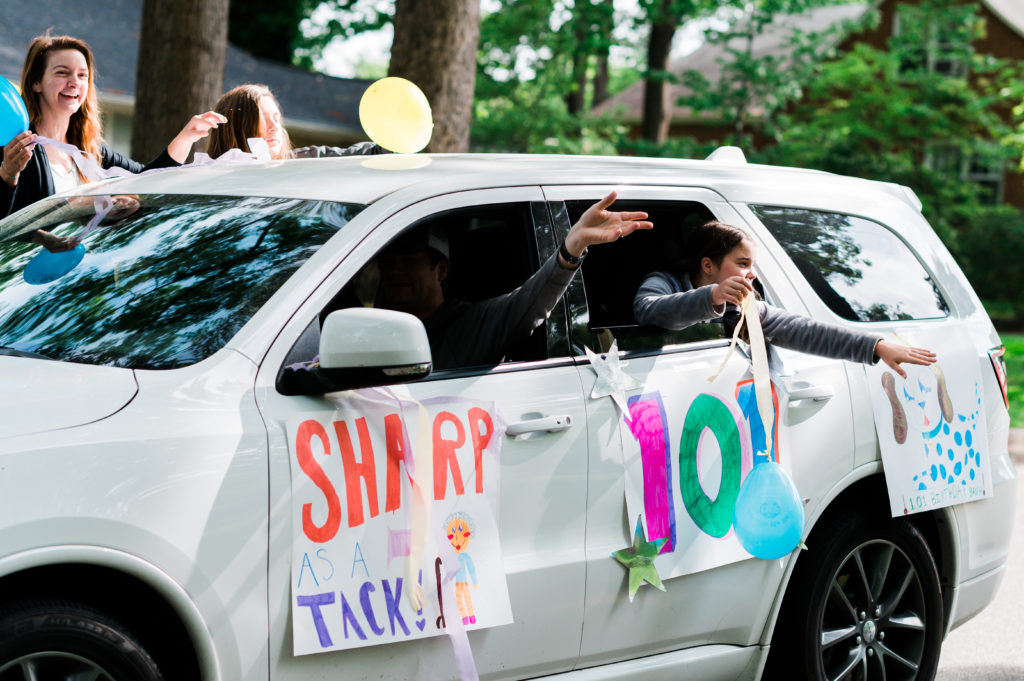 “We had been seeing a lot of things on the news about people doing birthday parades,” Marianne says, “and that’s really about the only thing you can do to celebrate someone when you can’t get close to them.” So the family began sending out the plan in their family group message: they would line up their cars outside at Ferndale Middle School and caravan over to Jean’s neighborhood with signs for a birthday parade.

But the “simple birthday,” soon turned into quite the community event after Marianne reached out to Jean’s neighbors.

“She lives on a wonderful street,” Marianne says of the neighborhood where her grandmother and mother reside. Jean moved to High Point to live with Marianne’s mother 16 years ago and has called their neighborhood home ever since. “They are amazing neighbors for her.”

The whole neighborhood jumped at the chance to celebrate Jean, who knows many of her neighbors and their young children well. Marianne’s mother, who lives with Jean, made sure that the birthday surprise was kept secret.

“My grandmother sits at the window and watches to see what the neighborhood is doing, which is pretty much what she does all day long,” Marianne jokes. Some of Jean’s neighbors, the Newtons, were in on the plan and used Jean’s “neighborhood watch” to help with the surprise.

Their son, Andrew, who is a high school senior, had planned to videograph the parade. When Jean saw him setting up his camera outside, Marianne’s mother suggested that it had something to do with an upcoming graduation celebration and said they should go outside and find out. Once outside in the yard, Jean soon saw that this would be no simple birthday.

“She didn’t know anything about the parade until it started coming down the street!” Marianne says.

Family members, neighbors, friends, friends of friends, reporters from the High Point Enterprise and Fox 8 News, and three fire trucks with lights flashing rounded out Jean’s birthday parade. By the time the entire crew of parade attendees started driving by, there were too many participants for Marianne to count

Jean’s immediate family gathered together in her front yard to talk at a safe distance after the parade. And while they felt that longing to be physically close, to hug and to continue the celebration together, the whole family felt the outpouring of love for Jean.

“I’m overwhelmed and so thankful that everyone was so willing to jump in and celebrate,” Marianne says. “I think it really speaks volumes about how much people appreciate the elderly and how important they are to us. They can teach us and remind us how special life is, where we were, and where we are now.” 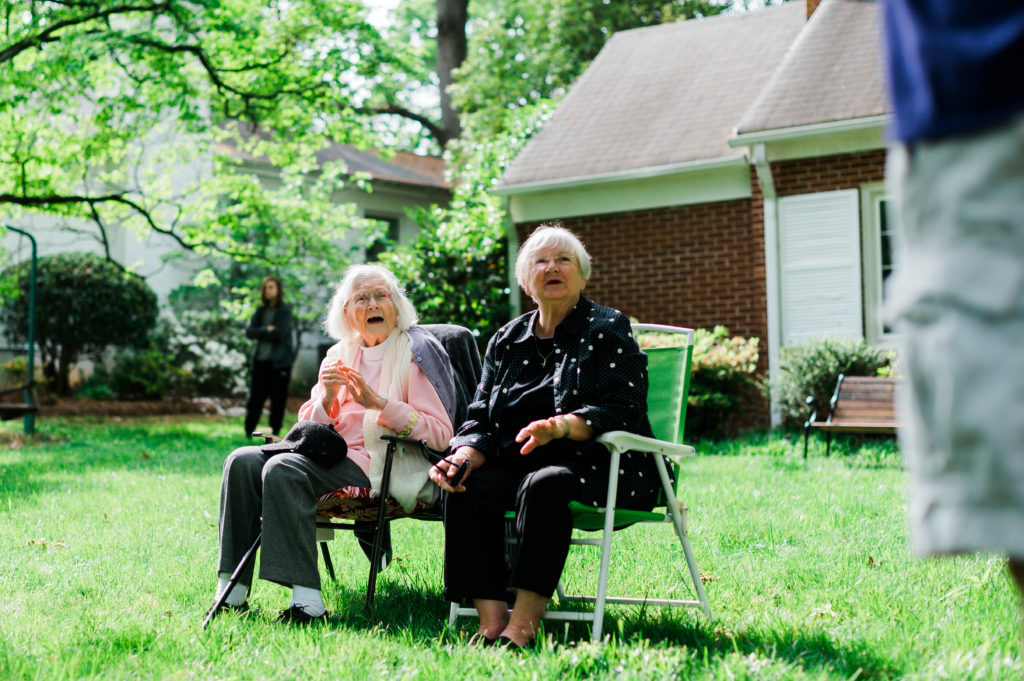 Because although Jean had to celebrate her 101st birthday in the midst of a global pandemic, this is not the first global pandemic she has lived through. Born in Laurinburg, North Carolina in 1919, Jean’s life began in the midst of the Spanish Flu pandemic, which claimed both the lives of her grandfather and her father – even before she was born. She still remembers her mother recounting the tragic and sudden losses of loved ones to the Spanish Flu.

But Jean hasn’t let the losses in her life sweep away her joy in her present. In fact, Marianne describes her grandmother as a woman characterized by her friendliness, her generosity, her outgoing nature, her creativity, and her deeply held Catholic faith.

Even now, a century later in the midst of another pandemic, Jean has had talks with her family about her belief that all things happen for a reason. And although the family recognizes the hardships of this season, they’re thankful for what it has stirred in their own lives.

“There’s a reason God wants us to stop and realize how important our family is,” Marianne says, recounting a recent conversation with her grandmother on the matter. “To stop moving so fast, to take a step back, and to really connect… Everyone knows we should cherish the time we have with our family.” 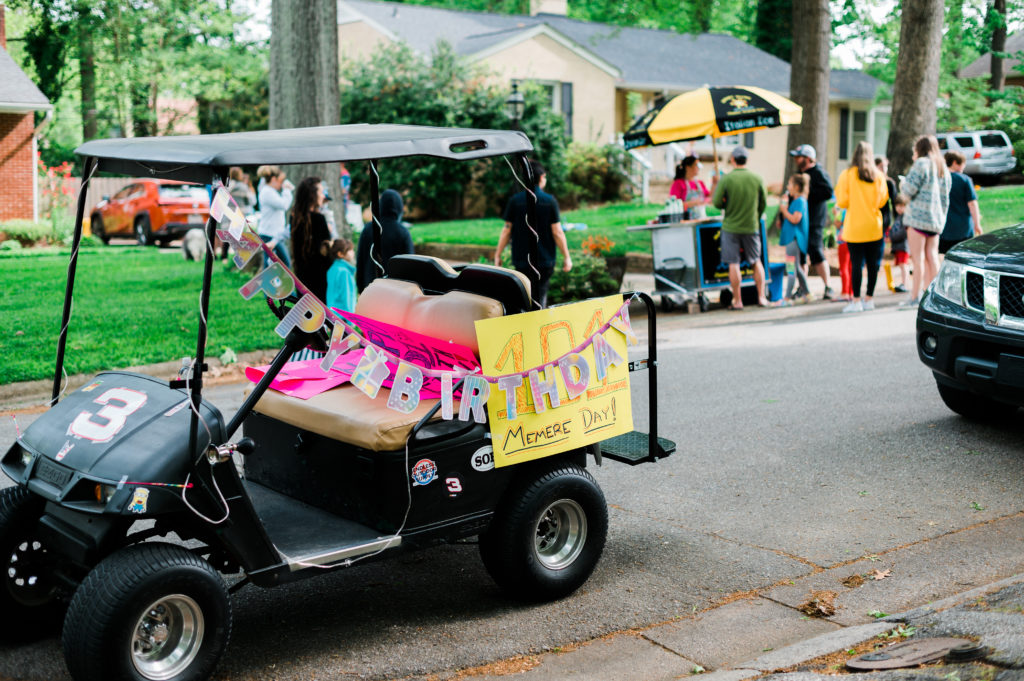 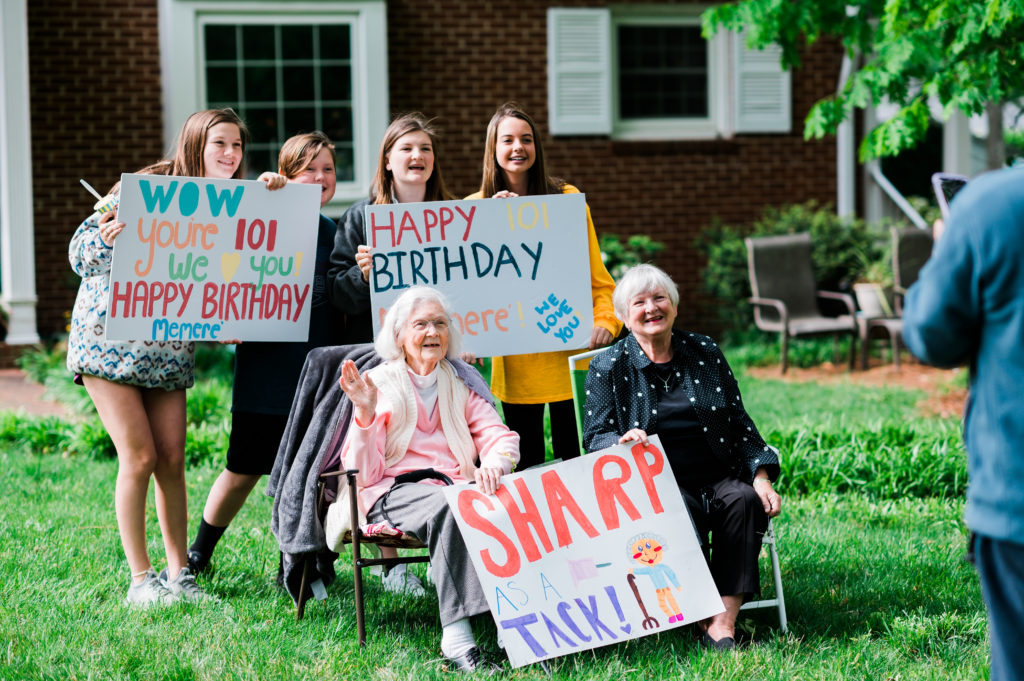 And it may have taken a global pandemic or 101st birthday to truly slow us down, but Jean’s story reminds us of this truth: every day we have on this earth is truly a gift worth treasuring and celebrating.

“It was a special day that she overwhelmingly appreciated,” Marianne says of Jean’s thoughts towards her birthday parade. “And we’re looking forward to her 102nd birthday. We’re wondering, ‘What is that one going to be like?’”

And while the question of what next year or even tomorrow holds remains unanswered as always, it’s our hope that like Jean and her family, you can look at each day with expectation and thankfulness, knowing that today we have the choice to stop moving so fast, to take a step back, and to connect with the people we love.