Christopher and Margaret Headen already had enough to keep them busy when they first had the idea to start their own business. But Christopher, an Atlanta executive at the time, felt like there might be a bigger dream he wanted to pursue that didn’t involve climbing the corporate ladder.

“I had a childhood dream to one day own a business,” he explains. Margaret, Christopher’s wife, already had her own career as a nurse and a teacher, yet she too felt like supporting her husband in chasing his dream could no longer be put on the backburner.

“Three years ago, Margaret and I were presented with the opportunity to buy into a franchise business,” Christopher says. “It was a nice opportunity but I had the vision of owning our own brand.”

Christopher and Margaret didn’t just have their own busy careers; they also have three children to raise and a host of commitments to serving their church and community. But they decided the jump to business ownership was worth it.

“We wanted to serve our communities, building and pressing towards our dreams, while providing an example to our children that anything is possible with faith, hard work and determination,” Christopher says. “My wife and I went home one day and started putting pen to paper with a business plan, strategy, logo, menus, equipment list, and more. Before the close of the week we were ordering equipment and filing for business license. The dream had quickly become a reality in a matter of days!” 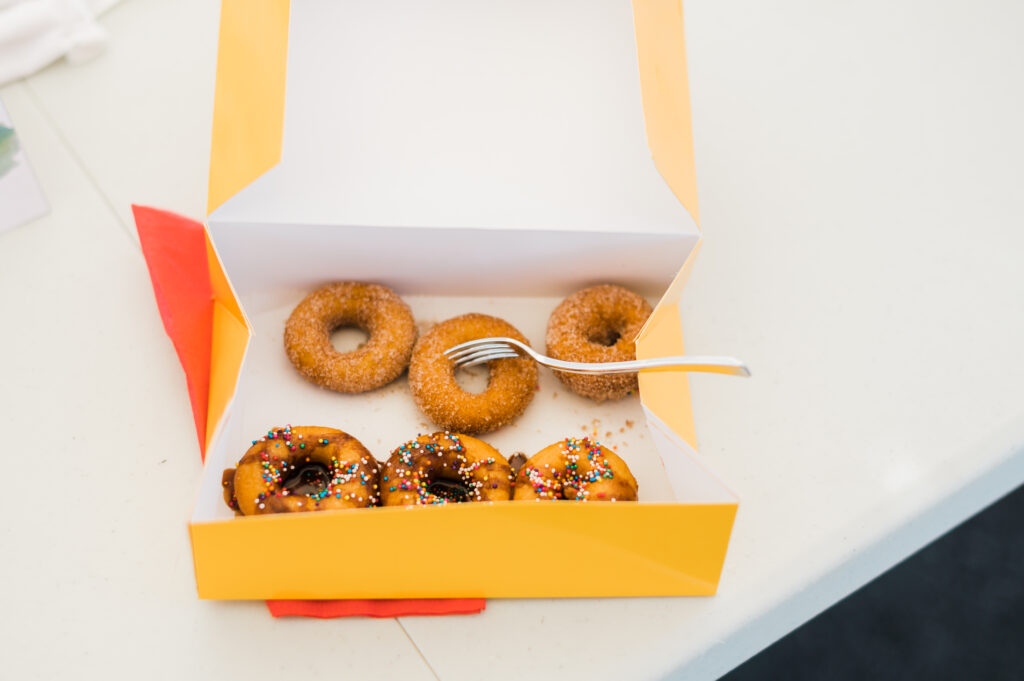 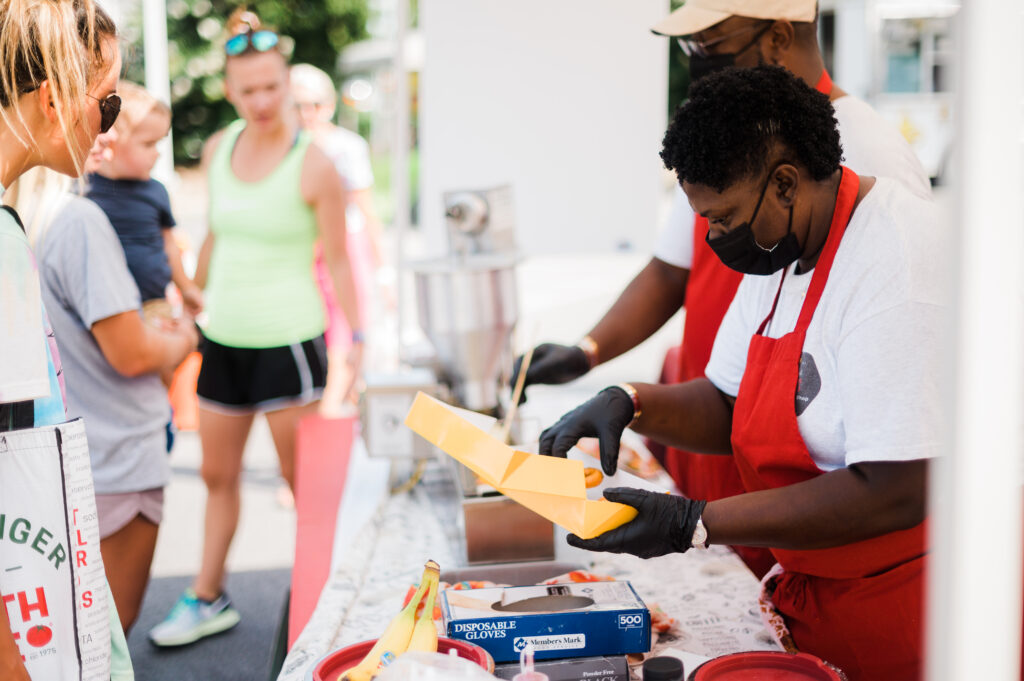 The business they decided on? Well, let’s just say, it happens to be one of the sweetest (and smallest!) desserts we’ve ever tried: mini doughnuts. And the word “mini” is no exaggeration. The Headens have created a donut that fits in the palm of your hand, but packs all the flavor of a gourmet doughnut – without the full-size guilt!

“Growing up I had a love for doughnuts,” Christopher admits. “When we decided to embark on that dream, we first created a mini doughnut experience for our family and friends to enjoy. Now, the entire world is able share in this unique experience – a little taste of home.”

From the inception of the business, Christopher and Margaret have been a team. They say that when it comes to running Pop’s Mini Doughnut Shop, the first order of business is always to be an encouragement to each other. The two also work together to imagine new flavors and innovate on their current business model.

“On Sunday evenings after church, my wife and I often go for a drive to reflect on life and our experiences,” Christopher says. “We travel to surrounding cities, supporting local businesses and try to bring these experiences (people, personalities, scenery, colors, flavors, etc.) into our creative flavors for Pop’s.”

Starting Pop’s Mini Doughnut Shop in Atlanta, a restaurant-saturated, fast-paced market, was no easy feat. Despite the competitive food industry in Atlanta, the Headens soon began to see the payoff. Christopher attributes a large part of their success to the authenticity of their brand, the creativity of their flavors, and their North Carolina personality. 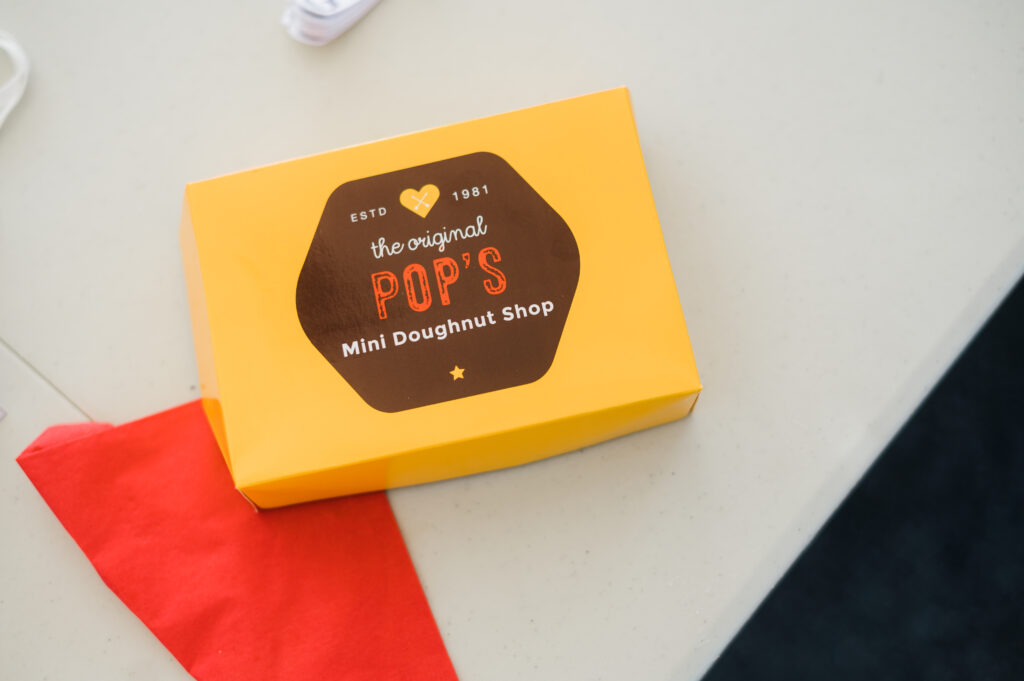 Eventually, the Headens and Pop’s Mini Doughnut Shop made the trek back to North Carolina, and they now call High Point, home.

“We love what High Point has to offer and are excited about what the future holds for our city. The people are great, and the future is bright,” Christopher says. “We wish to do our part in making High Point the greatest city in this Triad area – one business at a time.”

The Headens also know that small businesses don’t exist without mutual support of other small businesses and community members. That’s why the Headens make it their goal not only to get to know their customers on a first-name basis, but to also work closely to support their fellow local businesses.

“We believe that by investing in the High Point community, we will inspire others to do so and will help to make High Point one of the greatest cities in our area,” Christopher says. “I truly believe that new businesses can charge a city, giving examples of hope and joy during these tough economic times.” 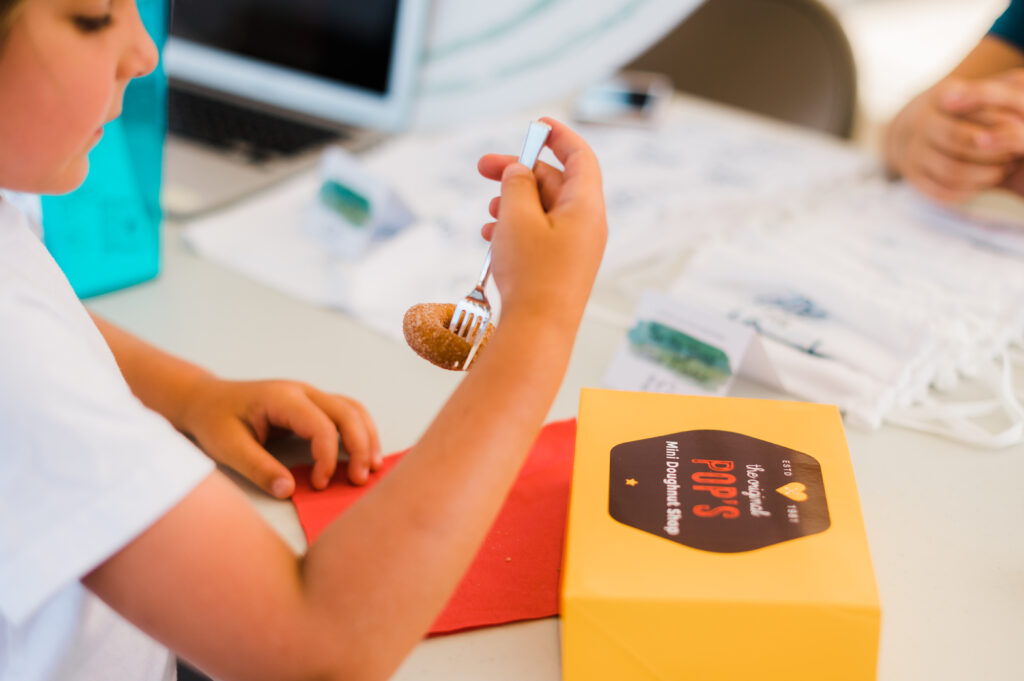 Christopher and Margaret also see Pop’s Mini Doughnut Shop as part of a bigger story: the story of Black-owned businesses and Black entrepreneurs. They want their business to serve as a role model to others.

“I particularly love the rise of Black-owned businesses as well during these trying times in our country,” Christopher notes. “Pop’s Mini Doughnut Shop provides a positive example for all and especially for minority children. Our continued success shows that your dreams are achievable. We see it in our customers smiling faces each and every time we are out – it does my heart well.”

The Headens are in the process of securing their own shop for Pop’s Mini Doughnut Shop to call home. In the meantime, you can find them online or on Facebook (Pop’s Mini Doughnut Shop) and Instagram (@popsminis). You can also find them often at the High Point Farmer’s Market. Stop by their booth and get to know the Headens a little better, and grab a doughnut… or six! After all, they’re mini.